Tranquility base apartment which is 105 sq.m. and can host up to 5 guests. It is very comfortable because there are two separate bedrooms, one bathroom and one WC. In the living room there is also a sofa which can be transformed into a bed.

Painted with sharp colors and straight lines the house applies a minimal idea into the modern era. Furniture are kindly selected to serve that option giving the idea of spacey and freshness. Finally the veranda is also a nice place for your evenings or your late nights drinks.

Of course the beds are already made-up, with fresh ironed sheets from top quality brand. Furthermore there are clean towels for every single of you.

Glyfada is a suburb of Athens, situated in the southern parts of the Athens Metropolitan Area. The area, which is home to many of Greece’s millionaires, ministers and celebrities, stretches out from the foot of the Hymettus mountain and reaches out to embrace the Saronic Gulf. It is the largest of Athens’ southern suburbs. This fashion-conscious suburb is known in Greece for its upmarket cafes, well-known restaurants, boutiques and cosmopolitan summer clubs; Glyfada has also been called “Knightsbridge-on-Sea”, “Hellenic Hamptons”, or the “Beverly Hills of Greece”.

Glyfada was established as the heart of Athens’ southern suburbs, because of its prime waterfront location, rich commercial centre, and modern business district. It has been described as the headpoint of the ‘Athens Riviera’ and features some of Europe’s most opulent seafront residences, gardens and extensive beachfront property, with a modern marina.

Smoking is only allowed on the balcony

For late check in after 00:00 there is a small fee

Transfer service and private tours are available upon request

How can i help you to get the most out of your stay?

Feel free to ask me anything! 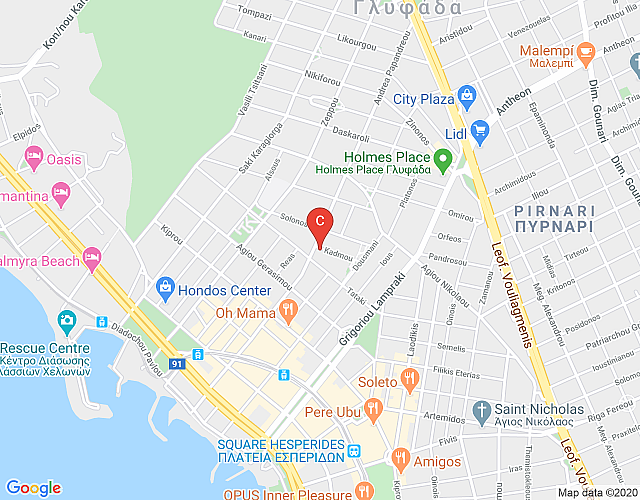